Wow 2 years where did that go!?

As part of our birthday celebrations we have announced our plans to take love2move national and are raising money through a crowdfunding campaign with Crowdcube, the full press release is below. 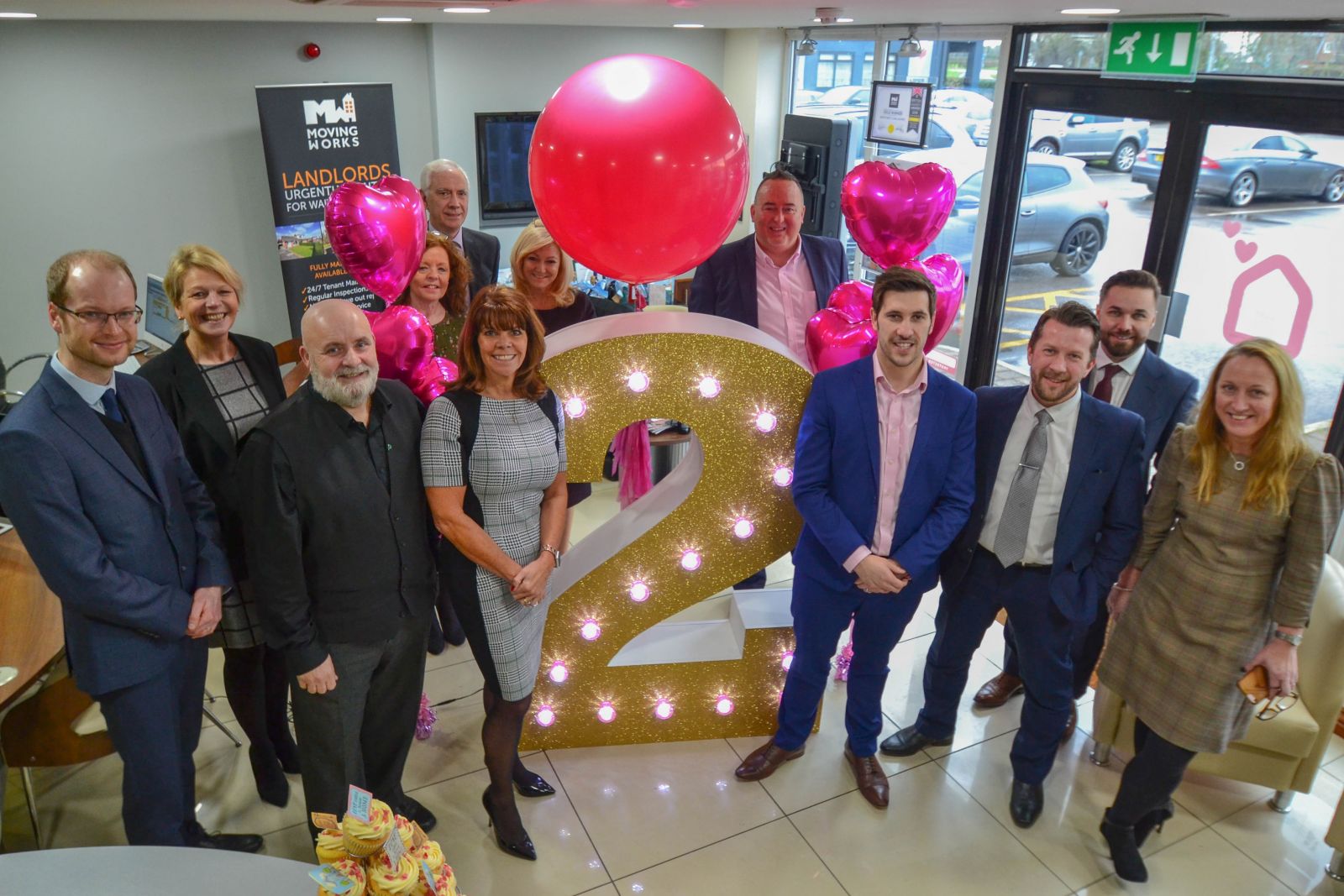 love2move the hybrid estate agency platform based in Little Hoole, Preston launched on Valentines day in 2017 is targeting massive UK expansion with the launch of a crowdfunding campaign on leading UK platform Crowdcube.

The pitch just launched explains how love2move fills a gap in the market that has been created by the rise of online only estate agents. It further claims that whilst a new generation of homeowners want a convenient way to sell their home without paying high fees, online only estate agents can lack local knowledge and often leave homeowners sacrificing their asking price to sell their home.

The love2move concept was devised by Lancashire based high street estate agents MovingWorks to fight back at online only agents taking market share, CEO and naea Propertymark board member Georgina Cox explains why she believes the business model is unique: “We always believed there were flaws in the online only model and these flaws are now becoming apparent. Our business model is different to anything else available and we have USPs for house sellers, the estate agents we partner with and importantly our investors as we have a lower cost per acquisition than other agents competing in the online space, which means we will quickly become profitable.”

Valued at just over £1.25 million, the company is looking to raise £120,000 in exchange for equity in the business. The fundraise will allow love2move to move swiftly to grow their network by onboarding a large amount of the UK’s independent estate agents and providing them with the proprietary tools necessary to compete on a level playing field with the online only agents.

With 21 estate agencies now signed up from Torquay to Yorkshire, having the love2move offering within their portfolio is working for traditional estate agents who have reported an increase in conversion rates as a result of offering a range of services. David Leake from Goole-based Houses etc credits love2move with helping increase his valuation conversion rate by more than 10% to 56%. The pitch video on Crowdcube also features 2 other agents from Oldham and Nottingham highlighting the benefits of the network.

Homeowners alike are also reaping the rewards of the service described as the best of both worlds as they achieve an average of 99% of their asking price but pay a fixed fee of £895.

Excitement about the funding round is growing within the network and a number of our partner agents have jumped at the opportunity to invest which will help us achieve our ambition to create a national brand.”