Spring 2021: Strongest market for sellers in over a decade

Following the stamp duty holiday extension announcement earlier this month, buyer demand has rocketed, creating the ‘strongest spring housing market for sellers in a decade’ according to Rightmove.

Last week, Rightmove reported its busiest day ever with site visits surpassing 9 million for the first time, and house hunters spending a record 71 million minutes on the property website. This figure is 6% higher than when the stamp duty holiday was first announced on 8th July 2020.

Rightmove reported that the number of buyers coming into the market and contacting estate agents on budget day was 82% higher than on the same day in 2020.

Their figures also revealed that demand levels are 34% higher than this time last year when we were still experiencing a strong pre-lockdown market.
Soaring levels of buyer demand are currently outstripping the number of homes for sale by the biggest margin at any time over the past decade. 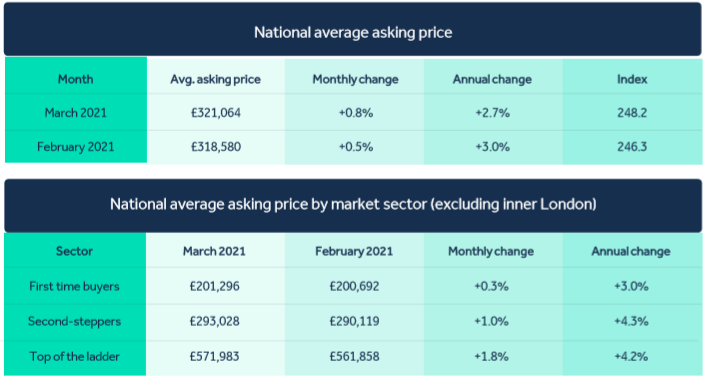 This is officially the best sellers’ market of the decade – and arguably one of the best ever Easter periods to sell.

According to Zoopla’s latest House Price Index, the typical value of a home is now 4.1% higher than at the start of the first national lockdown in 2020.

During the past year, property price tags have risen by an average of £8,907

They also found that February marked the fourth consecutive month that house price growth was above 4%, matching levels last seen in the summer of 2017.

Where is the strongest house price growth?

Across the UK, the average price for a house has risen by 4.9% over the last 12 months, according to Zoopla’s data. But which areas across the UK are we seeing the biggest jump?

Wales has seen the strongest growth over the past year at 5.7%, followed by the North West at 5.4%, with Yorkshire and Humber close behind at 5.2%.

Meanwhile, house price growth in the Midlands, North of England, Wales, and Scotland is at an almost 10-year high, powered by the relative affordability of these markets. 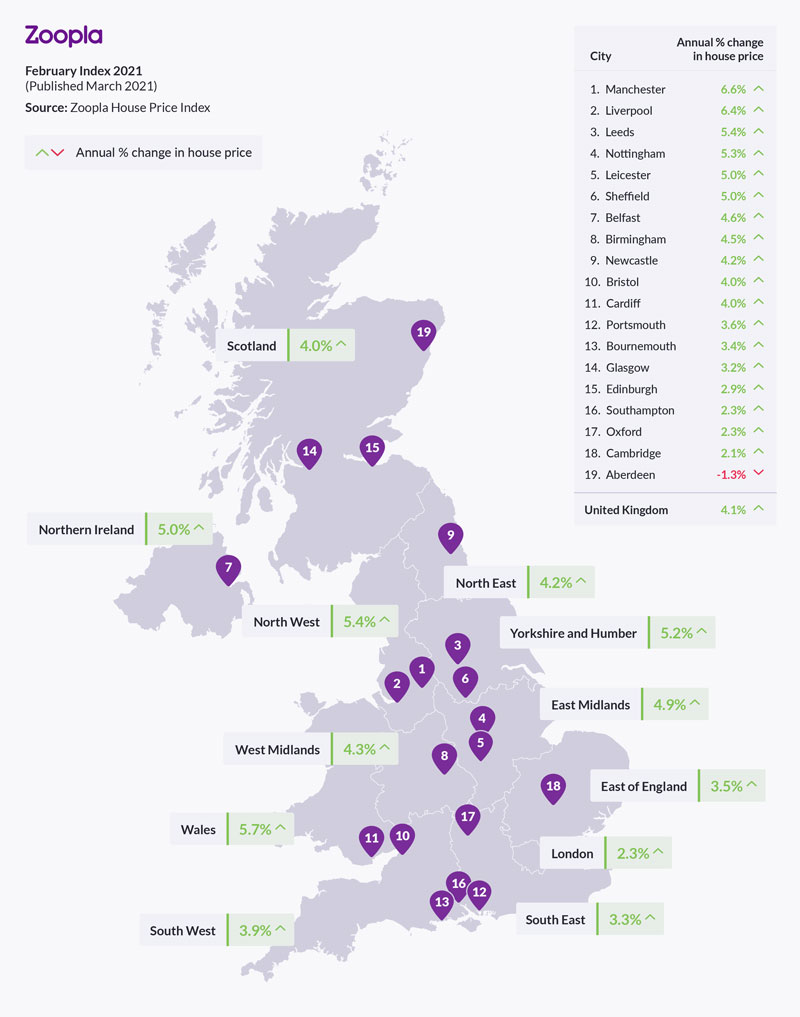 Their report showed that Northern cities continued to outperform the South, with Manchester leading the way with year-on-year price increases of 6.6%.

Liverpool followed in second with year-on-year price increases of 6.4%, and Leeds at 5.4%.

What could this mean for you?

The spike in demand, which is fuelling faster selling times, is great news for anyone looking to sell.

The average time it takes to sell a property, excluding London, has fallen by nearly a week to just 44 days – with the number of sales agreed 5.3% higher than it was a year ago. This Spring we have sold several houses in less than 72 hours. 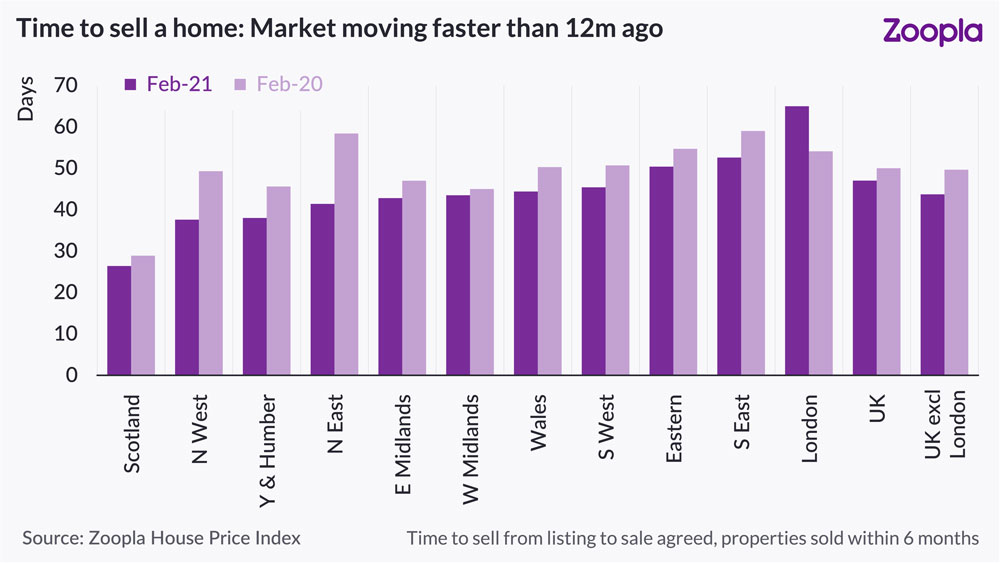 So, if you’re looking to sell your home, you could achieve a higher price for it faster than you thought!

How can we help?

Now you are familiar with the process of selling your house, why not take the first of our 6 steps to selling a house and Book your FREE no-obligation property valuation. From here, your nearest local estate agent will be in touch to confirm your dates and talk you through the next steps.